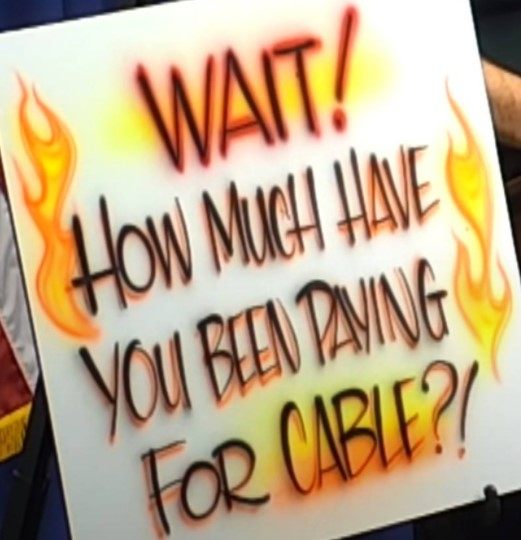 The Polk County Sheriff’s Office held a press conference a few days ago to announce the results of an undercover operation stat started months ago. Detectives busted four sellers of 'pirate' Amazon Fire Sticks, including an 88-year-old suspect. According to the police, selling jailbroken devices is a crime.

Online piracy is traditionally associated with a young and tech-savvy audience, but that image doesn’t always hold up.

Piracy has reached the masses with the help of online streaming and easy-to-use devices. In fact, it’s now mainstream enough to have made it all the way to local flea markets.

We’re not talking about bootleg DVDs or CDs that have been sold under the counter for decades. No, we’re referring to pirate streaming boxes and sticks that provide a portal into the world of streaming piracy.

A few days ago, the Polk County Sheriff’s Office hosted a press conference on the topic that offers a fascinating perspective on today’s piracy landscape.

Addressing the local press, Sheriff Grady Judd announced that his department started a sting operation in October targeting sellers of ‘pirate’ Amazon Firesticks. The authorities were tipped off by a concerned citizen who noticed that these devices were being sold at the International Market World Flea Market near Auburndale.

The Polk County Sheriff Office picked this tip up and sent its detectives to the flea market to track down the alleged criminals. This eventually resulted in four arrests, with suspects ranging in age from 34 to 88.

Sheriff Judd informed the local press that the sellers were not particularly tech-minded and their descriptions don’t fit the typical pirate profile either. For example, the 59-year-old Mrs. Yarborough usually makes her money selling custom cups, but offered ‘jail broke’ Firesticks on the side.

“If you don’t want a custom cup she’ll sell you a jail broke fire stick. She gets 100 dollars for the fire stick she doesn’t charge any taxes,” the Sheriff said.

This comment is confusing since Amazon Firesticks don’t have to be jailbroken. The owner can simply toggle a switch to allow the installation of third-party software. However, the Police has a different definition of jailbreaking.

“Jail broken refers to modifying an electronic device with added software and plugins in such a way that it allows the user to view movies and TV shows they would have had to pay for,” the Polk County Sheriff’s office clarified.

The 88-year-old Mr. Bongwoo Roe is the oldest of the targets. He could explain how the unauthorized Fire Sticks operate but didn’t jailbreak them himself. Instead, he resold devices he purchased at the Webster flea market.

During the press release, police revealed some of the ‘promotional’ material used by the sellers. The ‘ads’ were not very sophisticated, but apparently quite effective.

The youngest defendant, Mr. Vazquez (34) did jailbreak the sticks himself. He is also the only one with a criminal history, according to Sheriff Judd, which means that he may be in more trouble than the others.

The 71-year-old Mrs. Holm is the final suspect. She is one of the most tech-savvy of the group and offered to jailbreak devices herself for $50.

“Holm is probably one of the more technologically savvy of the group. She jailbreaks her own fire sticks but, being the all-purpose service kind of lady she is, if you take her your legal fire stick she’ll break it for fifty dollars.

“She would also coach and counsel you. She recommends that you get a VPN so that the internet provider can’t see just how much traffic you have and how much theft you’re conducting,” Sheriff Judd added.

Again, there appears to be some confusion about the terminology here.

Apart from using the term “jailbroken” where it’s clearly not appropriate, the police seem confused about VPNs too The suggestion that a VPN can somehow prevent an Internet provider from tracking how much data a subscriber uses is incorrect.

Sheriff Judd nonetheless said that selling jailbroken Firesticks is a felony and he warned that his detectives will continue to monitor the situation at local flea markets and elsewhere.

“Our detectives, who are simply the very best, did a lot of work on this but the investigation’s not over. It’s just beginning,” he said. “If you don’t want to get caught up in round two or round three or round four quit stealing stuff quit stealing quit possessing quit jailbreaking fire sticks.”

The four defendants are all charged with one count of unauthorized reception of communications. This is a felony of the third degree with a potential prison sentence of up to five years. However, since the Sheriff considered them ‘casual criminals,’ the actual sentences will likely be more forgiving.