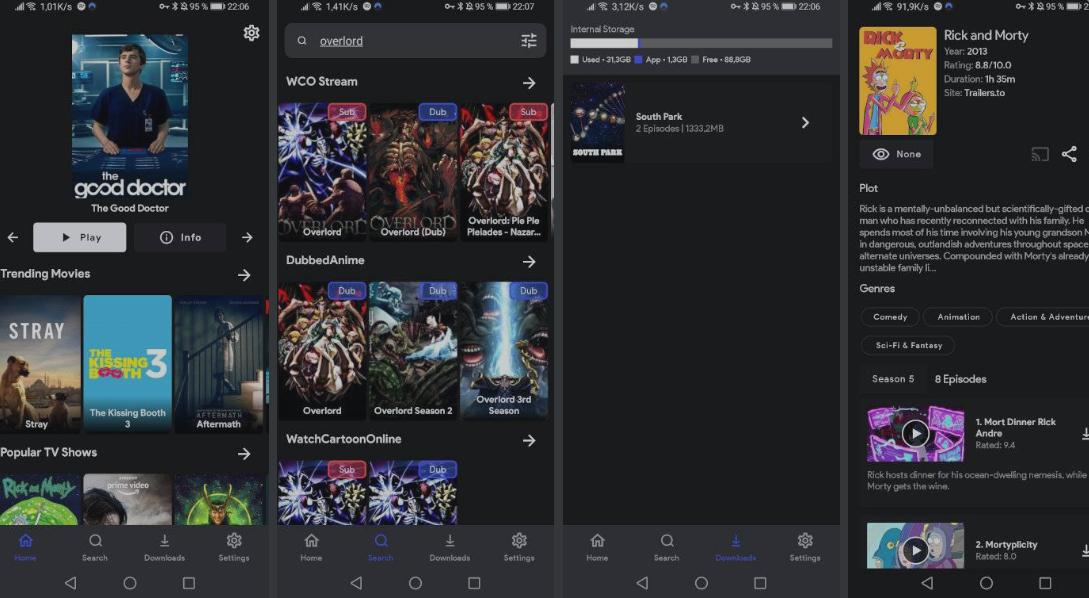 Popular open source Android app Cloudstream-3 allows people to watch movies and TV shows by aggregating content from dozens of major streaming sites. Following a DMCA takedown notice sent to Github on behalf of Sky UK, which complains about the availability of a single TV episode, Cloudstream-3's main development repo has been consigned to history.

One criticism of legitimate streaming platforms such as Netflix, Disney+ and Prime Video, involves content discovery. Even if people subscribe to all three, there’s no official way to carry out a unified search and view in one app.

This issue isn’t unique to legal platforms. Pirate sites also have their own libraries and while they’re nowhere near as restricted as their licensed counterparts, the ability to search multiple resources from one interface is definitely considered a big plus among users.

It’s a problem the CloudStream app attempted to solve.

Installing piracy-focused apps is everyday work for millions of Android users but in common with any software downloaded from the internet, there can be nagging doubts that unwanted features might come as part of the package. That’s just one of the reasons that users like CloudStream-3.

Now in its third iteration, CloudStream-3 is free, open source, reportedly clean, and available in a couple of dozen languages. The app aggregates content from a huge number of third-party sites (more than 50 at last count – list below) including some of the web’s largest streaming platforms. FMovies, for example, has thousands of videos and tens of millions of monthly visitors, but that’s just one source out of dozens.

CloudStream-3 has been in development on Github under the username ‘LagradOst‘ for some time but yesterday the coding platform received a copyright infringment complaint. As a result, the CloudStream-3 repo was suspended and with it the main download link for the application’s APK file.

The DMCA takedown notice was sent by Kopjra S.R.L., a company specializing in online investigations and OSINT. Among its customers are Italian media giant Mediaset and broadcaster Sky, with the copyright complaint sent on the latter’s behalf.

“We are writing in the name and on behalf of Sky UK Limited, the exclusive owner of distribution and exploitation rights of the Sky UK channels. This IPTV App (CloudStream 3) includes illegal and unauthorized Pay Tv Sky UK tv series: Riviera,” the notice reads.

The complaint includes a short tutorial on how to install and use CloudStream-3 to watch episode 1 of Riviera using the streaming source ‘Trailers.to’. At just five steps long from installation to viewing, the instructions show why these apps are so popular.

Why Disclaimers Mean Almost Nothing

Like many similar apps, CloudStream-3 comes with a disclaimer, noting that any legal issues should be taken up with the sites hosting the content, not the developers of the app.

“It merely scrapes 3rd-party websites that are publicly accessible via any regular web browser. It is the responsibility of the user to avoid any actions that might violate the laws governing his/her locality. Use CloudStream 3 at your own risk.”

Whether Sky’s anti-piracy agent read this advice is unknown, but the reality is they can do whatever they like within the law to protect their rights. Sending a DMCA notice is just one of the options and certainly the easiest.

The TV episode in question can be found in less than five steps using a search engine but the overall packaging makes the app a prime target and the list of indexed sites only underlines that. The developer/s could try their luck with a DMCA counternotice but given the circumstances, that’s not exactly advisable.

Sky has been paying attention to Github in recent months having previously taken down CucoTV. At the moment the CloudStream-2 repo is untouched but it seems unlikely the project will try to make Github its home in future.