Manga, Scanlation, and The Curious Case of The ‘Pirating’ Anti-Piracy Advocate 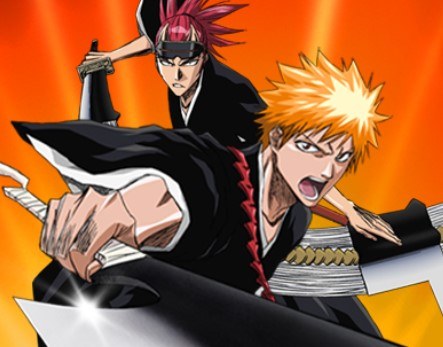 A few days ago a vocal anti-piracy advocate was accused of working with pirates. The case revolves around the manga industry, which is thriving today, in part thanks to piracy. More than anything, the accusations and the defense from the targeted Manga translator show how an evolving industry is struggling with its roots.

Manga comics and magazines are extremely popular. Early on this was mostly limited to Japan but nowadays it’s a global phenomenon.

In part, this worldwide success was facilitated by piracy. We use this loaded term lightly here, particularly when it refers to scanlation.

When some of the early torrent sites appeared in the first half of the 2000s, many had anime or manga sections. At the time, this category was alien to the majority of western users but that changed over time.

This shift was in part the result of the efforts from manga fans who translated scans of manga magazines from Japanese to English, so-called ‘scanlation’. In the early days, official publishers weren’t bothered by this practice. Some even saw it as flattering.

As the years passed the foreign manga audience kept growing and growing, with dedicated ‘scanlation’ sites and groups showing up. What started as a small niche pastime became a massive community of new consumers. Consumers who could be monetized.

We’re not exaggerating when we say that the scanlation community created an entirely new industry – English manga – which created opportunities, challenges, drama, and conflict.

Last weekend an example of this drama was brought to the forefront on 4Chan, Discord, Twitter, and Reddit. The key player is On Takahashi, the owner of Irodori Comics, a company that works with Japanese authors to publish ‘Doujinshi’ manga overseas.

Irodori Comics basically turned scanlation into a business. It’s not alone in doing so, but On Takahashi did more than that. He also began to take a harsh stance against pirates and organized sites.

For example, he went after manga aggregators that posted scanlations without permission. This includes MangaRock, which turned ‘legal’ late last year after increased pressure from copyright holders.

This is quite an extreme stance for the owner of a company that built its business on what started as a pirate activity. These and other observations were shared in a Reddit post, which also revealed another intriguing detail.

Working With a Pirate Group

Apparently, Takahashi has close ties to the Shinmai Maou scanlation group, which posts translations without permission from rightsholders. Three years ago, Takahashi also helped the group by doing some translation work himself.

After this was brought to the forefront, his name was swiftly purged from the group’s site. By then, however, copies were already made and the whole episode blew up on Reddit.

Needless to say, this is not a good look. The post speaks for itself and raised some great points. It fits particularly well in today’s fast-pace social media-fueled discourse where siloed groups unite in pointing fingers at those who do wrong.

However, what intrigued us the most is why Takahashi would do this? It’s clear that he doesn’t like pirates, so why work with a group that can be defined as a pirate outlet, one that’s even charging people for access to full content?

When the news broke Takahashi remained quiet. However, the Irodori Comics owner was willing to talk to us to provide some background and context. This doesn’t change any of the facts really, but it shows how ‘complicated’ the relationship between piracy and manga can get.

Takashi doesn’t dispute large parts of the Reddit thread and he does believe that piracy hurts sales. That said, he starts out by pointing out that the tweet – where he supposedly condemned the use of VPNs and stated that an unauthorized download equals a lost sale – was faked.

Takahashi also admits that he wrote a translation for the ‘Shinmai Maou translation’ group. He is good friends with the organizer and helped out when he needed assistance a few years ago. In fact, he is still in good contact today and hangs out in the Discord channel.

Even though the group doesn’t have permission to publish these translations, Takahashi doesn’t see it as a pirate group because it focuses on older works that have no official English translation. These are “fair game,” he told us. Also, the group supports authors by sending any excess donations to the original authors.

“I still have a relationship with the group, because they aren’t a piracy group. It is a private group that only had the fantranslation between the people who funded it and the people who supported the official Japanese release and the artist. None of these guys are free-riders,” Takahashi says.

This is all a matter of perspective of course. Technically the group is pirating, whatever the intentions or motivations are. However, Takahashi draws a clear line between fan translations of manga that doesn’t have an official translation and those that have. The first is not piracy but the latter is, according to him.

The Reddit and 4Chan crowd see things differently. They don’t draw the same lines as Takahashi does, branding him a hypocrite. They view him as a pirating anti-pirate, one who helped to bring down MangaRock, which was a massively popular scanlation aggregator.

It appears that there are two rights and two wrongs here, depending on which position you take. If you see all unauthorized translations as piracy, the hypocrite label makes total sense. Especially for someone who has been a very vocal anti-pirate.

“Some might accuse me of being a hypocrite, but aggregator websites like MangaRock are completely different in nature to a scanlation group, and should not be lumped into the same category. That’s insulting to scanlators. The English manga industry’s foundation was built from scanlation after all,” Takahashi says.

“That’s why I took my stance against aggregator sites like MangaRock, that took from scanlation group’s labor of love and put it in their subscription system. But I’m not against scanlations of works that don’t have an official English version.”

The positive historical links between piracy and the popularity of manga are undeniable. However, in recent years things have become more complicated as publishers and other companies work hard to get their piece of the legal pie.

With a legal translation business, Takahashi got his piece but with his strong anti-piracy stance, he clearly offended others in the scanlation community. This is a sensitive issue as some of the same people he now condemns helped to build everything up.

Just how thin the lines are is exemplified by the fact that Takahashi now sells content through Fakku, a massive publishing imperium that started out by posting scanlations without permission.

Ultimately, this article isn’t about who’s right or wrong. We merely want to provide some more context. Perhaps the real lesson is that ‘extremes rarely work’ and that piracy often plays a role in creating new industries. And that’s not limited to manga, of course.

Spotify also has pirate roots, and so has the largest online adult entertainment company. Pirate radio helped to create commercial radio, and even Hollywood started out with a pirate mentality.